During his voyage to the Galapagos Islands in 1831, Charles Darwin observed and classified finch species.  The varying attributes and behaviors of these birds led Darwin to conclude that it was not by mere serendipity that each was so well-suited to its environment and lifestyle. A narrow, sharp beak gave one species the advantage over another for boring through hollow wood; a strong, rounded beak was better for cracking into hard nuts.

Now imagine a bird with a beak that could crack a human skull.

In this continuing series exploring the fantasy fiction genre, I delve into one of the most horrifying creatures to ever walk real-life planet Earth, and how it came to be a denizen of my new book, The Fallen Aeneid.

As far into the present as the 17th century, the Aepyornithidae family, known affectionally as the “elephant birds,” lived on the island of Madagascar. These flightless, ostrich-like giants would have been a formidable sight to explorers and local populations alike, reportedly laying eggs over thirteen inches long and three feet in circumference.

The largest of the Aepyornithids, Aepyornis maximus, weighed 880 pounds and stood over ten feet tall. (For those of you keeping track at home, that’s a full two feet taller than Big Bird.) Incredible to think it went extinct only 1000 years ago—not long before the Crusades. Still, these creatures were probably relatively nonaggressive and wouldn’t have been much of a threat to humans. The same cannot be said of the creatures below. Hitchcock’s got nothing on these things.

Feast your eyes on the aptly-named “terror birds,” specifically Titanis walleri.  This member of the extinct Phorusrhacidae family was an 8-foot-tall carnivore that terrorized Florida and areas of South America from 4.9 to 1.8 million years ago.

Not only was T. walleri carnivorous, but it weighed only 330 pounds—relatively lightweight for its size—meaning it was a swift runner. Modern estimates have placed its running speed as fast as 40 miles per hour. The average horse gallops at about 30.

“Justin’s eyes went wide. The animal stood on two, giant hind legs and was a good three feet taller than Ahlund. No feathers or wings; just dark hide and arms with tiny, claw-tipped fingers. Its neck was muscular and lean. The head was mostly beak—a rounded mass of bone the size of a blue-ribbon pumpkin. Justin had seen finches on nature documentaries use their beaks to crack open hard seeds, and it occurred to him that this animal could do that with about three coconuts at once. But when that beak suddenly opened, emitting a baritone hoot that echoed into the trees, it revealed sharp points of jagged cartilage like fangs. This thing was no bird; it was closer to a dinosaur.”
–  from The Fallen Aeneid by C.B. McCullough

With borrowed elements from the real-world elephant birds and terror birds of Earth’s prehistoric past, the titanbird was born into the world of The Fallen Aeneid (the sequel to the epic fantasy novel, The Fallen Odyssey). The protagonist of our story encounters this fearsome combination of terror bird and dinosaur within the deep, tropical jungles of an alternate world. It was a lot of fun to write these scenes, and I sincerely hope you like the result in The Fallen Aeneid, available in ebook and paperback. 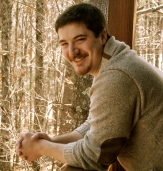 Turning Reality Into Fantasy: A Wild Example
Download A Free Novel by C.B. McCullough
I Quit My Job For This – Lessons Not Learned

3 thoughts on “Turning Reality Into Fantasy: Birds of Terror”