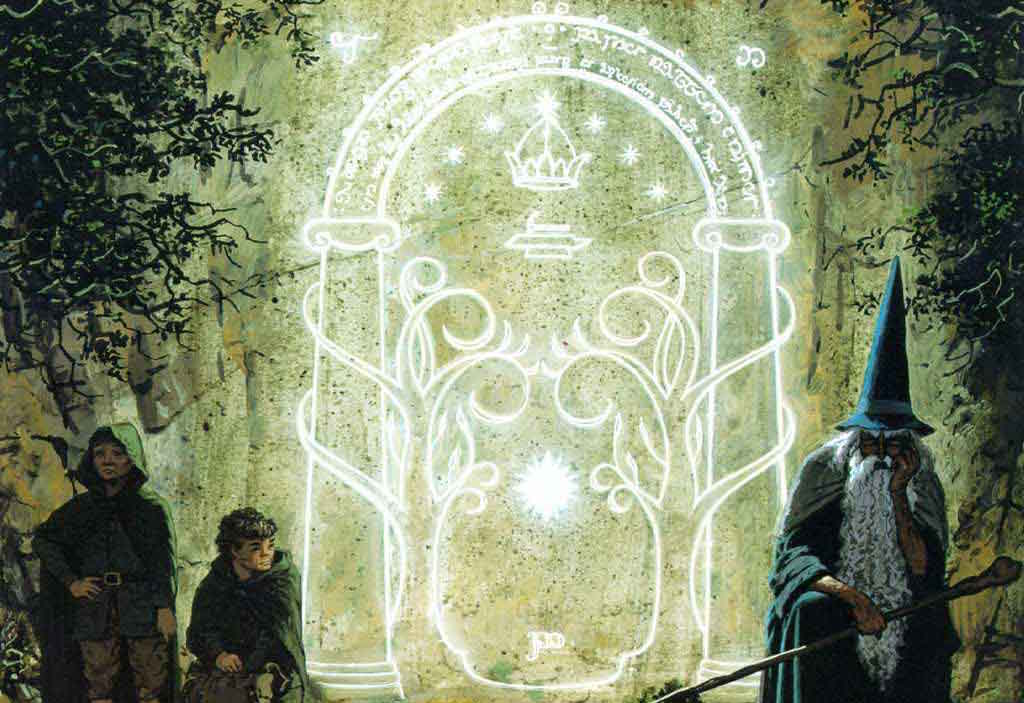 “There was one picture in particular which bothered him. It had begun with a leaf caught in the wind, and it became a tree; and the tree grew, sending out innumerable branches, and thrusting out the most fantastic roots. Strange birds came and settled on the twigs and had to be attended to. Then all round the Tree and behind it, through the gaps in the leaves and boughs, a country began to open out; and there were glimpses of a forest marching over the land, and of mountains tipped with snow. Niggle lost interest in his other pictures; or else he took them and tacked them on to the edges of his great picture. Soon the canvas became so large that he had to get a ladder; and he ran up and down it, putting in a touch here, and rubbing out a patch there. When people came to call, he seemed polite enough, though he fiddled a little with the pencils on his desk. He listened to what they said, but underneath he was thinking all the time about his big canvas, in the tall shed that had been built for it out in his garden (on a plot where once he had grown potatoes).” 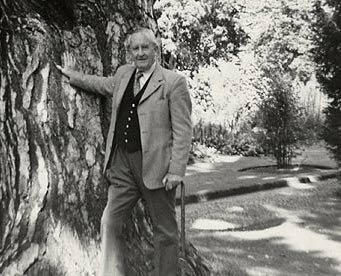